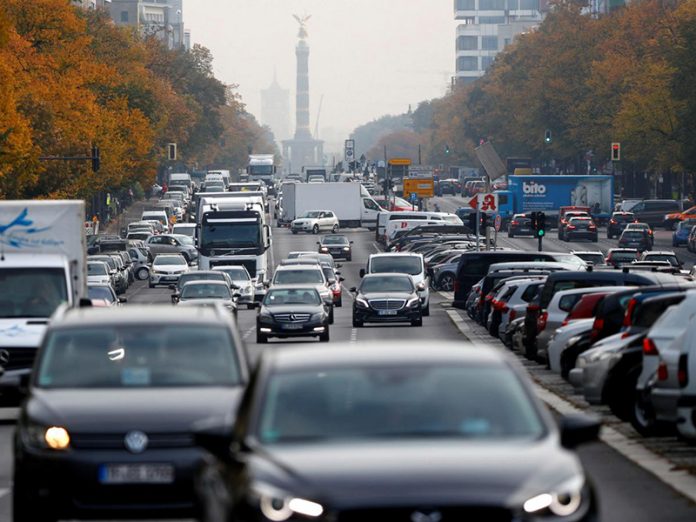 The German diesel car industry still claims its innocence on the air pollution accusations that have bombarded it in the past few years. But comes along a new player in the field – electric cars. How will the emerging e-car industry affect the people’s on-going demand for a greener Germany? Does a revolutionary e-car brake system – said to reduce fine particle emissions – have what it takes to replace diesel cars?

There is a green revolution developing in the large cities of Germany. Following pressure from environmentalists and citizens who suffer from breathing difficulties such as asthma, pulmonary disease and allergies, many German city councils have taken drastic steps to disallow the use of diesel cars on certain roads of inner cities. In the case of Stuttgart, arguably and ironically the capital of the German car industry with headquarters for Mercedes, Porsche and Bosch, the city went even further and banned the use of diesel combustion engines in the entire city and its suburbs. The impact on the automobile industry and owners of diesel cars are dramatic, so it is only natural that they are fighting back. At stake are hundreds of billions in value for car owners and hundreds of billions of intangible assets in patents, logistic chains and production know-how for the traditional automobile industry.

In the case of Stuttgart, arguably and ironically the capital of the German car industry with headquarters for Mercedes, Porsche and Bosch, the city went even further and banned the use of diesel combustion engines in the entire city and its suburbs.

Unfortunately, city policies are frequently cynical as well as inconsistent in their implementation. They’re cynical because in most cases the city politicians demand a standard from their population, which is beyond what they demand of themselves. Diesel owners are no longer allowed to use their cars in the inner city but city owned, public vehicles are exempted from these restrictions. Therefore diesel car owners are complaining bitterly about being de facto expropriated of the use of their investment in their automobile, while the city drives happily around in old buses and trucks that are polluting. Politicians should hold themselves and their administration to a higher standard than the governed population, not the other way around. In addition, the policies are inconsistent because the science and analysis around the pollution of combustion engines shows little difference between health damage caused by diesel vehicles compared to petrol engines. The level of pollution correlates more with the age, technology and maintenance of the vehicle rather than with the type of fuel used. It matters little if the combustion engine is driven by diesel or fuel. The only currently practical and feasible solutions are battery powered electric vehicles.

Stefan Krause is CEO and Founder of Canoo, an electric vehicle company addressing the future needs of urban mobility. He has over 30 years business experience, including 14 years experience as a Management Board Member of German Blue Chip companies. Prior to this, he had a dynamic career building tenure at BMW that began in 1987. He holds a Masters in Business Administration from the University of Würzburg in Germany and serves as the President of the Schmalenbach-Gesellschft, a prestigious academic and business association in Germany.

Dr Boris N. Liedtke is the Distinguished Executive Fellow at INSEAD Emerging Markets Institute and has over twenty years experience in the financial sector. He was the CEO of the largest bank by assets in Luxembourg and board member for Operations at the largest German fund manager. He is author of numerous articles on finance and trade as well as having received his PhD from the London School of Economics for the publication of Embracing a Dictatorship by MacMillan.

Pony up! Why the Dodge Challenger is still one of the best

Best Place to Find a Job Outside Europe

How to Start the Online Business

Is a Smart Factory Right for Your Business?

How Do I Bring a Sexual Harassment Lawsuit Against Someone?

Charted: THETA Rallies To Enter Top 10, Why It Could Test...

Understanding the Steps Involved in the Injection Molding Process

Is the UK Car Industry Finding the Path to Recovery?