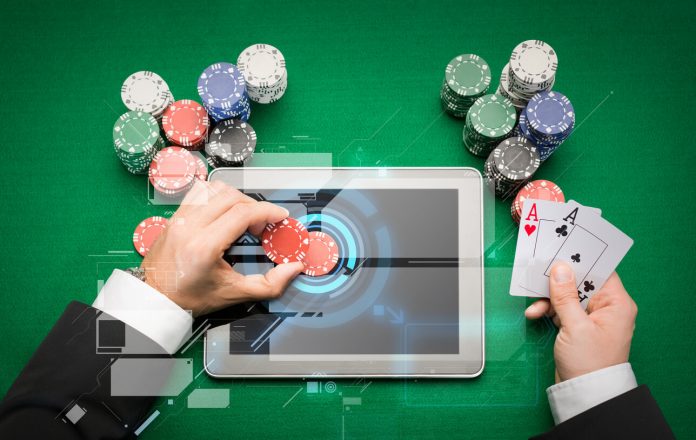 The creators of online gambling really triggered something. Now, the industry has been forecast to grow to as much as 127.3 billion USD by 2027. To reach that worth, the industry will be experiencing a compound growth rate of 11.5% from 2020 to 2027.

However, an online betting site doesn’t grow on demand alone; behind the growth is some skillful management, technical know-how, and mettle. Below is a look at some of the people at the founders and CEOs of successful gambling sites, plus insights into their success. If they spark your interest in online poker or other casino games, you should look here to play.

Denise Coates is the founder and CEO of Bet365 and also possibly the most famous CEO in the industry. In the past, she’s made headline as being the UK’s highest paid CEO and she can be regarded as one of the most influential women in business.

Ms. Coates studied econometrics, in which she holds a First Class degree. Originally, she trained as an account and also worked in her father’s betting shops. She launched Bet365 from a building in a car park in 2000.

What can we learn from her success?

Possible investors may well be crying into their beer or other alcoholic drinks just now. MS Coates had sought investment from venture capitalists, but had received a no, so she went to her family and to the bank, the latter granting her a £15 million ‘yes.’

In 2005, the company sold its chain of shops to Coral for $40 million. With this income, they paid off the loan and invested the rest in the online part of the business.

It’s a tale of persistence. You’re going to get a lot of ‘no’s before get a ‘yes,’ and you’ve just got to keep going. Her success also shows that you always have options. Venture capitalists weren’t her only potential investors.

Ruth Parasol is one of the founders of Party Gaming.

Her story is somewhat unusual. Although she trained as a lawyer, she originally got (some of) the capital to start the company from working in the online adult industry. Allegedly, she received some adult chat phone lines from her father as a birthday present.

She sold her adult interests and hired an Indian computer engineering graduate who was a friend of hers to create a programmed for roulette. She sensed how popular online gambling was becoming.

The two created Party Gaming, which, in 2005, announced it was floating on the stock exchange. The valuation was around $10 billion and made them billionaires. In three years, Party Gaming’s pre-tax profits had jumped from $5.8 million to $89.2 million to $372, and its first three months of 2005, $125 million rolled into the company’s accounts.

The Party Poker site is a formidable force in the online poker world. When the two realized how popular poker was, they switched from blackjack and roulette to poker and entered into marketing legend when they offered a tournament with $1 million prize money up for grabs. It was bigger than anything witnessed on the Net and the finalists played for the money on a boat in the Caribbean.

What can we learn from this?

This is all about seeing the opportunity in everything. Operating in the adult industry may not have felt like an opportunity, but Ms. Parasol was able to transform it into one.

She and her business partner were also alive to the opportunities of online poker and took the risk of switching from their core business. Taking calculated risks is part of successful business.

Isai Scheinberg is the founder of Poker Stars, one of the biggest online poker sites in the world. He graduated from Moscow State University in math and served in the Israeli Defense Forces before he worked at in the Canadian office of IBM. He’s believed to have spent some of his free time playing poker when he moved to Richmond Hill, and this triggered an interest in creating online poker.

He began to assemble a team of programmers and emailed one Terrence Chan, who he’d met in an online poker discussion and who believed that good customer service and high-class software could make Scheinberg successful.

He hired Chan and the company would become a success. In June 2014, Scheinberg and his son sold Poker Stars to Amaya Gaming for $4.9 billion in cash.

What can we learn?

This is a tale about the importance of listening, a crucial leadership skill. Isai Scheinberg could easily have ignored Terrence Chan. Instead, he listened to him and act on his advice.

Not only did he listen, however, but he also invested in something he was passionate about: poker. As a fan of the game, he understood what it could take to make his site appeal to poker fans. Eventually, he became very rich.

Being a founder or CEO is a test of strategic know-how, mettle, and of identifying the opportunities when they emerge, as well as understand when to take a calculated risk. It takes guts to be successful in business, and the rewards are well worth it when you pull it off.

How to make promotions that increase your sales and loyalty customers

Altcoin trends and tips on how to start trading

BlackRock is trading Bitcoin futures, how much BTC is held by...

The Road to Sustainable Business Mobility

The benefits of using distributed networks for business

Why Fixing the Planet is also about Seizing Business Opportunities

What areas do employers and staff need to focus on after...

How to Name Your New Brand

Business Success 101: learning to use a business loan calculator